Are you a state snooper? 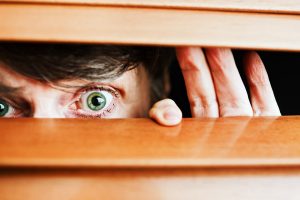 Nobody likes a nosy parker. It’s one of the big reasons why people don’t like the Named Person scheme – state officials with unprecedented powers to interfere in family life.

But what if you were the one being asked to do the snooping? How would you feel about being legally responsible for monitoring families? What if it was your job to become a Named Person?

If something goes wrong, they will no doubt take the blame – especially considering the burden of responsibility:

• The First Minister Nicola Sturgeon is depending on teachers and health visitors to protect Scotland’s most vulnerable children. She said that “if it saves the life of one child, I think it’s worth it”.

• Aileen Campbell, the minister who steered the Named Person law through Parliament, said she was relying on the scheme to “stop and avoid the sort of horrible things that we have seen recently happening to children”.

• The Information Commissioner’s Office says Named Persons will be required to pull all the pieces together from information provided by health, education, social work and police.

It’s vitally important to identify and protect vulnerable children and good professionals are doing that all the time. But the threshold for Named Person monitoring and intervention has nothing to do with vulnerability. It is a universal service, meaning busy professionals will be expected to process large amounts of confidential data sent to them by all the agencies involved in a child’s life. Some will have to do this for hundreds of children.

You might remember, just before Christmas, a child protection training officer said that taxi drivers will have a legal duty to spy on child passengers and report to Named Persons.

Jim Terras said “if you’re contracted out for services to the local authority, you will have a duty, a legal duty, to assist the Named Person”.

Supreme Court judges have been told that GPs will need to tell Named Persons if a teenager was prescribed contraception, though parents would not have to be informed.

A dental practice in Aberdeen received an “aggressive” reaction when they refused to pass on confidential information to Named Persons. (They were reportedly told: “You don’t need parents’ permission any more because we are acting as Named Persons.”)

One of the Government’s top advisers, Alan Small, also provided a list of people who should be legally obliged to share information with Named Persons, including those working at sexual health clinics and hospital porters.

In case that’s not unnerving enough, apparently friends, family and work colleagues should also be involved in spying on one another.

In an official Named Person training exercise (based on the board game Cluedo) participants are invited to play the role of characters in the life of single mother ‘Jayne’ and her child ‘Melody’. As they play they are asked to identify the ‘seemingly innocuous’ information that should be passed on to Named Persons. These ‘indicators’ include the mother’s stress at work and if she enjoys a glass of wine.

Yes, it is sensible to be vigilant. And we should all try to be good neighbours. But the Named Person scheme actively encourages ordinary citizens to assess other people’s parenting against Government checklists.

So we’re all state snoopers now.