Falkirk was the latest stop for the NO2NP Roadshow last night, when local supporters of the campaign were given the lowdown on the state guardian scheme.

Dr Stuart Waiton from Abertay University explained some of the key developments in social policy over the last 15 years in relation to child welfare. The concepts of abuse, vulnerability and early intervention have become deeply embedded in the minds of many strategists and there is a feeling that parents cannot advise their children properly without first receiving advice from professionals. This is known as “third way parenting”.

Lesley Scott, from TYMES Trust, pointed out that contrary to the contentions of Acting Minister for Children and Young People, Fiona McLeod, parents across the country did not ask for the Named Person scheme. Lesley went on to explain how the Scottish Government’s pilot of the scheme in the Highlands led to nearly 8,000 children (1 in 5) being put on a “child’s plan”.

During a lively Q&A session it was asked if teachers could opt out of being Named Persons. This was a very significant change in the terms and conditions of their employment, yet some of the teaching unions have yet to indicate their detailed views on this matter.

The Roadshow will be calling at the Elmwood Golf Club, Cupar at 7.30pm on Tuesday next week, when MSP Liz Smith hopes to be one of the speakers – do plan to join us, if you live in the area! 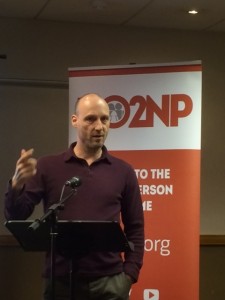 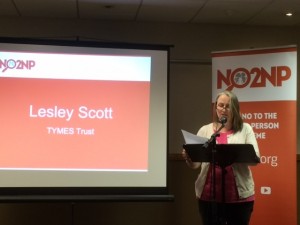 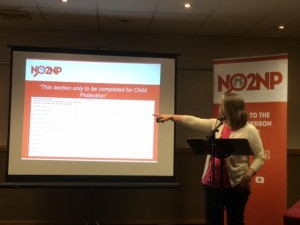 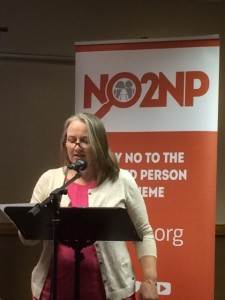 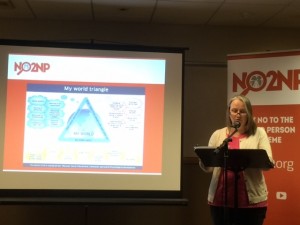 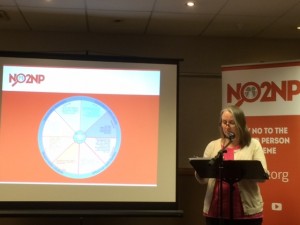 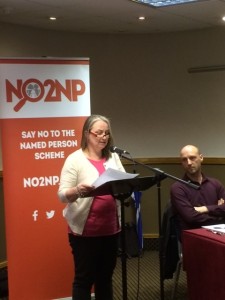