“Since the judgement, we have undertaken an intensive period of engagement with children, young people, parents, carers, practitioners and professionals.”

We have received complaints from numerous parents whose approaches to Mr Swinney were effectively ignored. In response to personal emails to Mr Swinney telling their stories and asking him to hold public meetings, all they got was a short, dismissive, unsigned stock reply from an unnamed official.

The Scottish Government specifically refused to meet with NO2NP, stating:

“we are not discussing the principle of the Named Person policy as the Supreme Court found it to be legitimate and benign. Your organisation has made it clear that it is against the provision of Named Persons, so there is a fundamental policy disagreement. The Scottish Government are engaging with people who wish to improve the legislation not those who wish to revisit a debate on its establishment as this has been agreed by Parliament.”

Polls show that only 24% of the population think every child should have a Named Person. By refusing to speak to anyone representing the overwhelming majority who don’t back their policy, the Government closed the door on advice which could help them to avoid more catastrophic blunders.

Despite this, NO2NP encouraged its supporters to email the Government anyway, which they did in their hundreds.

Here is the list of those the Government says it “engaged”. Note how many are in receipt of Government funding. 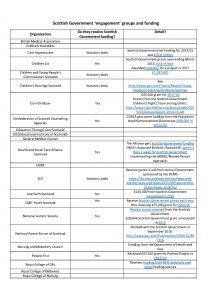 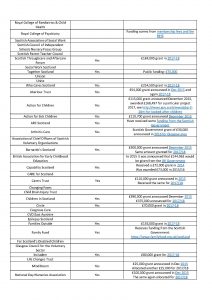 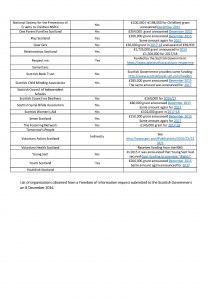