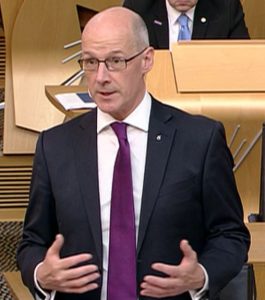 Deputy First Minister John Swinney has been accused of arrogance for ignoring concerned parents and constituents over the Named Person scheme.

Large numbers of parents contacted Mr Swinney in his capacity as education minister, urging him to hold public meetings where he can be questioned over the Named Person, following the Supreme Court ruling against the scheme earlier this year.

But parents have been disappointed to receive anonymous, dismissive, standard replies from a Government department calling itself the ‘Better Life Chances Unit’. 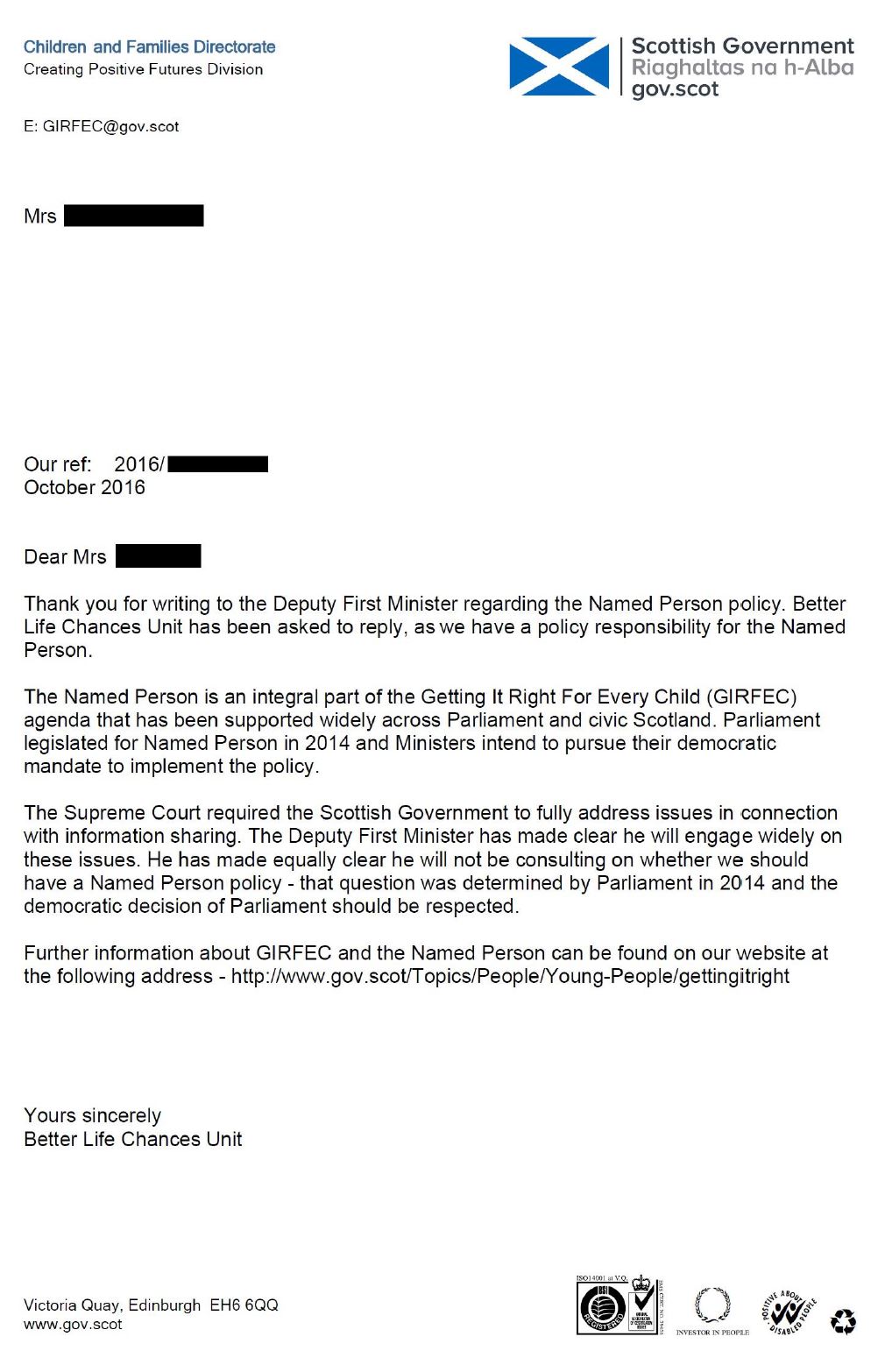 After the Supreme Court defeat, Mr Swinney pledged a three-month period of “intense engagement” – including parents and those with ‘concerns’ – in a consultation process designed to come up with alternative proposals which might meet the approval of the court.

But he ruled out meeting with NO2NP, whose members warned more than two years ago of the problems with the scheme, and brought the legal action which resulted in the Named Person law being struck down.

It has now emerged that Mr Swinney’s office has failed to properly respond to parents, including some of his own constituents, seeking to become involved in the consultation process.

“We have received complaints from numerous parents whose approaches to Mr Swinney were effectively ignored. In response to personal emails to Mr Swinney telling their stories and asking him to hold public meetings, all they got was a short, dismissive, unsigned stock reply from an unnamed official.

“Even Mr Swinney’s constituents who wrote to him have been ignored by their own elected MSP.

“We’re one month in to his three-month period of ‘intense engagement’. I don’t know who he is speaking to, but it’s certainly not ordinary parents.

“Parents feel frustrated and disappointed to be treated with such arrogance by a minister. He said he would hold an ‘open’, ‘inclusive’ dialogue which would include parents and those with concerns. These parents wrote to him within a week of that announcement. Civil servants took a month to come up with an anonymous 166-word reply that makes clear they are simply not interested in the opinions of anyone who does not support Government policy.

“They’re consulting on a law that dictates to parents, yet they don’t want to speak to any of those parents unless they are supine supporters of the minister’s plans.”