A dedicated group of NO2NP volunteers were out in Greenock town centre on Saturday morning to share their concerns about the Named Person scheme with local shoppers. 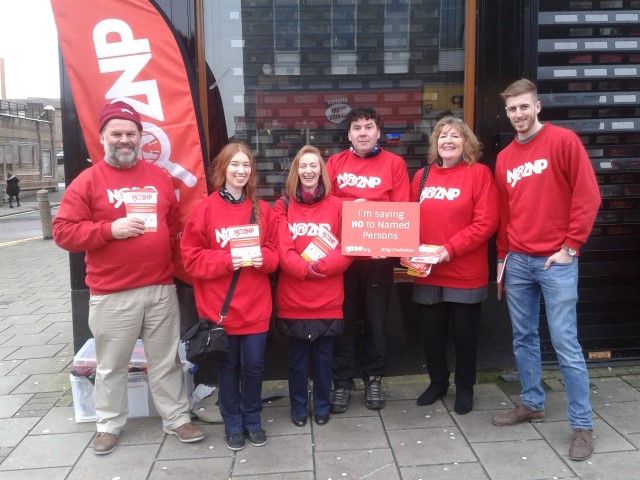 Those who had attended the roadshow event the previous Monday had heard about Inverclyde Council’s “Getting it Right for Every Child, Citizen and Community” scheme and local residents on Saturday were shocked to learn of the level of state interference that was being proposed. One man responded “Let them try it!”, while many others said they were completely unaware of what was happening, but were very happy to support our opposition to the scheme. Many took additional flyers to pass on to their children and in some cases grandchildren. 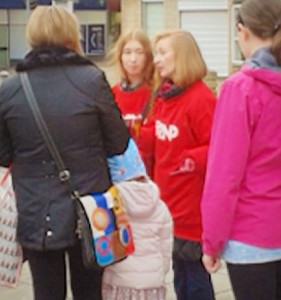 Teachers that we met were also opposed to the scheme, which they saw as completely unworkable. One mother with an adopted child was concerned that Named Persons might turn against parents as soon as there was the slightest concern raised about wellbeing issues. She believed the role of the state should be to genuinely support parents when they need it, whereas this scheme is Big Brother policing ordinary Scottish parents, as they do their best to raise their children, and bulldozing in whenever things are not deemed to be perfect.

Dozens of local folk signed the online petition, which has now passed 17,000 signatures! Why not join others in Inverclyde by signing the petition and saying NO to Named Persons!

The next stop for the NO2NP roadshow is the Best Western Park Hotel in Falkirk on Monday 1st February at 7.30pm. If you live in the area, we hope to see you there!