The first NO2NP roadshow of 2016 earlier this week attracted people of all ages eager to hear the latest news on the controversial state guardian scheme.

CARE for Scotland’s Parliamentary Officer Gordon Macdonald spoke about the background to the legislation. He explained how the final Children and Young People (Scotland) Bill had started out as two separate Bills, but the part that dealt with the Named Person scheme had never had a proper public consultation. Instead, once the two Bills were conjoined, a short consultation was heard on the enormous draft Children and Young People (Scotland) Bill and only one day of Parliamentary time was allowed to scrutinise the controversial scheme. 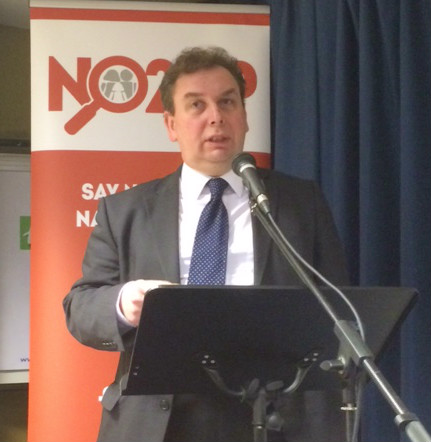 The provisions were therefore passed into law without either adequate public consultation or thorough parliamentary scrutiny, which is alarming given the fact that every single family in Scotland with children under 18 will now have a state guardian imposed on them without their request or consent.

Gordon went on to say that the Scottish Government wanted to enshrine the provisions of the United Nations Convention on the Rights of the Child (UNCRC) into Scots law, however they have been very selective in the provisions they have adopted and all the ones that stress the importance of family life have been omitted.

Next to speak was Lesley Scott from The Young ME Sufferers Trust. She gave an overview of how the NO2NP campaign has forced a public debate on the issue and how this has brought out conflicting rationales from those supportive of the scheme for its basis and justification. The Government is saying it is about protecting vulnerable children, while some charities are saying it is about looking out for the wellbeing needs of all children. Lesley suggested it was actually “a dangerous conflation of the two”, brought about through the overarching GIRFEC (Getting It Right For Every Child) approach, which permeates all services and has revealed “the extent to which families are now under surveillance and assessment by the state”. 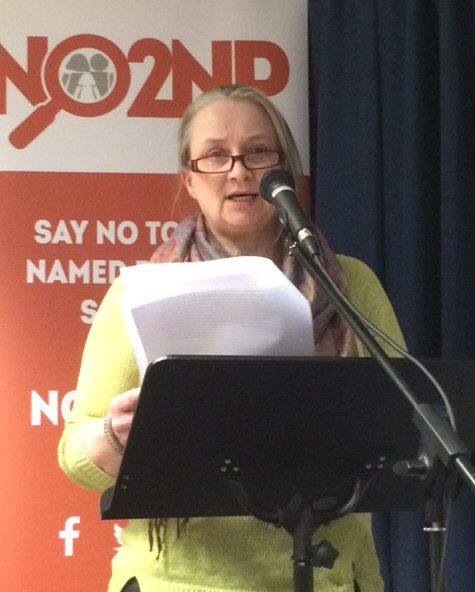 Lesley went on to say that the campaign’s legal challenge through the courts had forced the Government’s legal team to admit “that every child in Scotland is now viewed as being potentially vulnerable” and that all parents “must consequently be viewed as potentially neglectful or abusive”.

She went on to highlight some of the alarming provisions in the final version of the Government’s Statutory Guidance on the scheme, which places a duty to share wellbeing concerns, not only on the NHS and local authorities, but also on “the third sector and independent or grant-aided contractors”, including taxi drivers in the Scottish Borders, which made headlines recently.

Lesley concluded by saying that this legislation implies that “parenting is now considered as too onerous and difficult a path to navigate without compulsory support or intervention from the state”.

After a video was shown, Alison Preuss from home education charity Schoolhouse spoke about how the Named Person legislation leaves Scottish families “with less legal protection than their counterparts in the rest of the UK”. 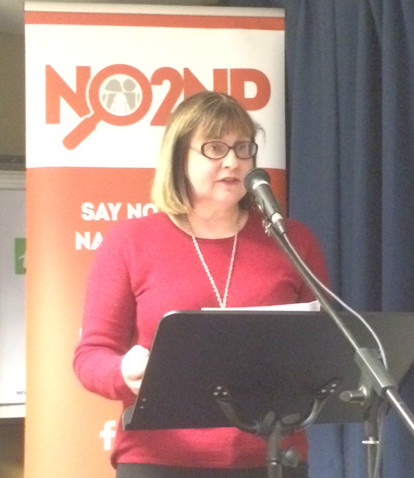 Alison cited recent comments made by the Information Commissioner’s Office (ICO) to the effect that Named Persons should just go ahead and share information without telling the parents involved, simply because the threshold had now been lowered from significant harm to wellbeing concern.

However, this was not the view taken by former Commissioner Richard Thomas, who commented on a related issue during his tenure: “We live in a free society. We value our freedoms. Sometimes it is a step too far if people err on the side of the collection of data for the sake of collecting data, rather than on the ones we need to watch.”

Alison was able to reveal that Inverclyde had introduced its own form of GIRFEC, but adding two more “c’s” – Citizen and Community. ‘Nurturing Inverclyde’ is said to mean “working together to get it right for every child, citizen and community” and the approach is “based on the development of early intervention and preventative spend projects through partnership working.”

Alison argued that this is shorthand for mass data collection to identify those who may be straying from the path of “getting it right”-eousness. She finished by saying: “trust in professionals, from GPs to childminders, is being systematically destroyed as they are all expected to report any wellbeing (as opposed to welfare) concerns – or just mere suspicions – to the Named Person without you or your child even knowing about it. Parents are now all guilty until they prove their innocence”.

The evening finished with practical suggestions for getting involved in the campaign. There was a very lively Q&A, during which it became clear that the local Greenock Telegraph had run a couple of stories on the scheme and published some letters. A number of people indicated their willingness to help hand out leaflets this Saturday morning for our NO2NP Action Day in Greenock, so if you live in the area, why not join them? Email volunteers@no2np.org for more information.