The sun was out in Kilmarnock on Saturday morning, when a team of local NO2NP volunteers took to the streets to get the word out. 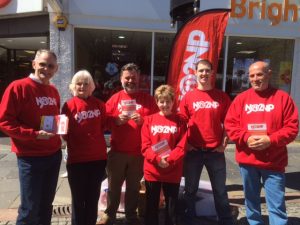 Immediately they found that many people were still quite unaware of the intrusive scheme, which appoints a state guardian to every child and young person in Scotland under 18, regardless of whether they would want one or need one.

Mothers in particular were appalled, as the reality dawned on them of what a Named Person is able to do in terms of gathering and sharing sensitive information on families, and they were keen to sign our online petition, which is now at almost 32,000 signatures! 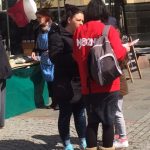 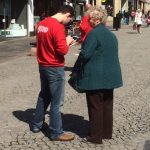 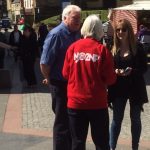 One local mum said she didn’t want “ony mair intervention”, while one man the team met had been able to secure dozens of signatures to the petition from his friends on Facebook – well done, sir! If you’re on Facebook, you can follow his example!

Another gentleman, whose wife had had a traumatic experience at the hands of a Named Person health visitor, was very happy to sign up as a volunteer – you can too, if you contact us at volunteers@no2np.org. 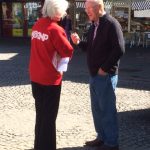 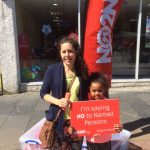 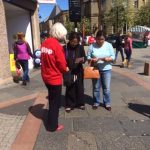 Once again, people involved at the coal face of the scheme were not happy about it, including a teacher and a care worker. Health visitors said they would look at the NO2NP website and tell their colleagues. The team reminded them that over half of the health visitors in UNISON had said they thought it was a bad idea. 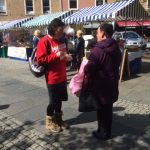 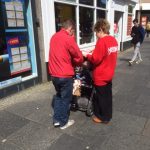 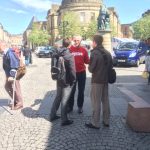 One trainee health visitor told us that at a recent debate about Named Persons (which formed part of their training), those who spoke against the scheme won! If Named Persons are saying no to Named Persons, the Scottish Government really must take notice! 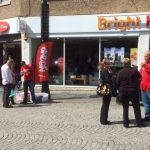 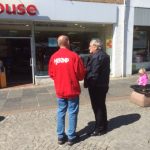 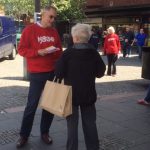 Our next roadshow event is in Crieff on Monday 30th May – if you live in Perthshire, we hope to see you there!