With the Government stubbornly ploughing ahead with a much more limited form of the Named Person scheme and much confusion still surrounding it, a team of NO2NP volunteers organised an Action Day outside the SNP’s Spring Party Conference in Aberdeen last weekend. 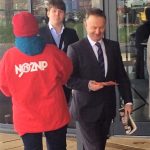 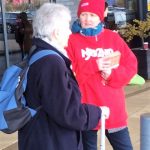 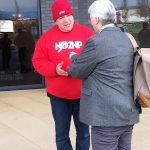 Delegates were given the new NO2NP Parents’ Guide to the Named Person Scheme, which is an easy-to-read 4-page leaflet to help parents understand their rights following the Supreme Court judgment. 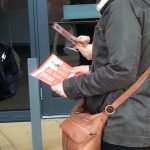 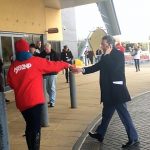 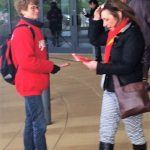 As the legislation was declared unlawful by the Supreme Court and a breach of human rights, one NO2NP volunteer asked a delegate: “But don’t you believe in human rights?” The delegate’s response, “Yes, but not YOUR kind of human rights!” was disappointing. 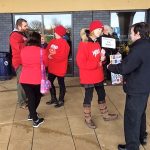 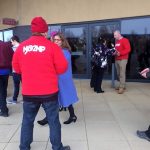 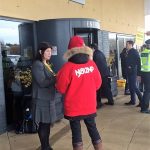 A majority of those attending the conference did take a leaflet and a number of those we met were against the Named Person scheme. A senior union official declared himself completely against the scheme and a children’s work professional criticised the much-lauded Highland Pathfinder (the first Named Person pilot scheme).

One man acknowledged he “admired [our] persistence”, while another said that no other organisation produces as many different leaflets as NO2NP does – perhaps that’s one of the reasons why we won The Herald’s Public Campaigner of the Year Award! 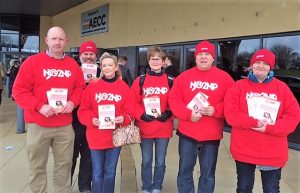 A huge thank you to the hardy volunteers who persevered through thick and thin over the weekend! If you would like print copies of our new Parents’ Guide to distribute, please get in touch with us by emailing: admin@no2np.org.