The legal challenge to stop the Scottish Government appointing a ‘state guardian’ for every child in the country up to the age of 18 was launched today.

There was widespread interest as national news networks such as the BBC, STV, The Scotsman and The Herald, plus a host of other local networks, gathered outside the court to watch the crowd of concerned parents and other groups hand in the documents. 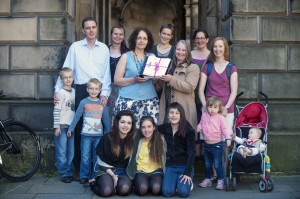 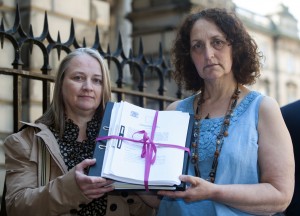 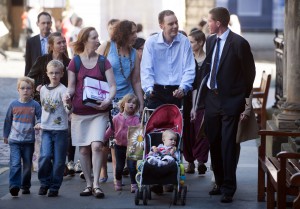 NO2NP is backing the legal action which asserts that the Scottish Government is acting illegally and exceeding its powers by setting up the Named Person scheme.

The campaign has a wide range of supporters, including academics, medical experts, social services professionals and many concerned parents.

Critics of the scheme, which is contained within the Children and Young People (Scotland) Act, say it contravenes the European Convention on Human Rights.

Colin Hart, Director of The Christian Institute, which is one of the petitioners in the case, said: “This marks the beginning of a landmark case which has implications for every family in Scotland. We are making a stand for all mums and dads who are doing their best for the children they love.

“We are not prepared to stand by and watch as the roles of parents and their rights to a family life are diminished and trampled over by an authoritarian big brother government intent on making its presence felt in every living room in the land.”

NO2NP will be staging a series of public meetings across Scotland as support for the campaign spreads. Events will take place in Glasgow, Dundee, Stirling and Inverness, with more expected.

The court case is being funded by more than 70 different sources. The court papers were lodged by The Christian Institute, the Christian charity CARE (Christian Action Research and Education), The Young ME Sufferers (Tymes) Trust, and the Family Education Trust.

They have been joined in the case by parents James and Rhianwen McIntosh from Bonnybridge and Deborah Thomas from Comrie.