So parents, how do you make a complaint about the Named Person scheme? Well, it’s easy… just follow this flow chart… 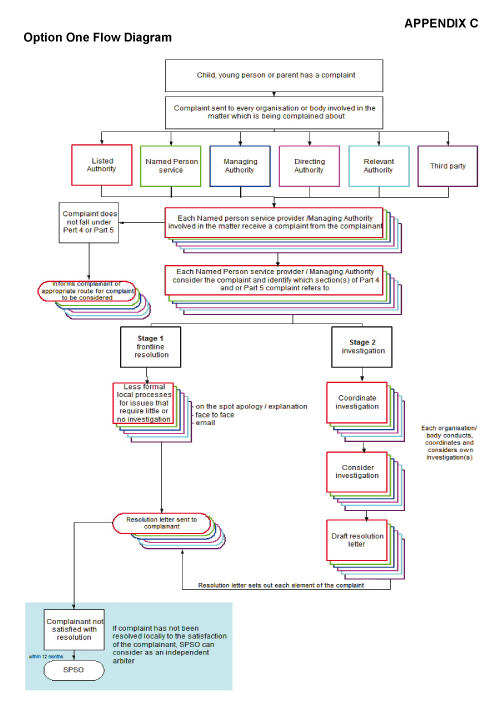 Confused? So were we! But don’t worry, the Government has proposed a supposedly ‘simpler’ option 2 flow chart… 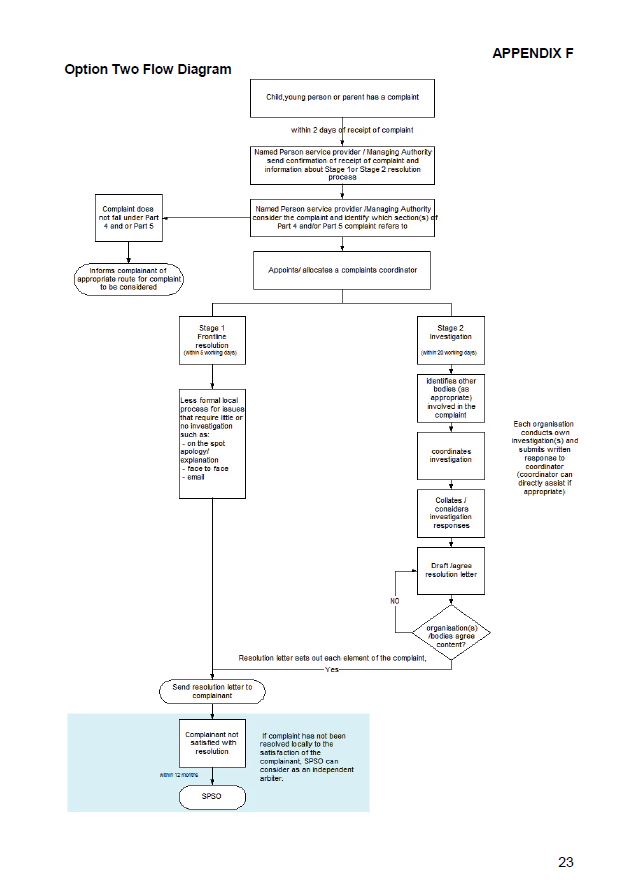 The two complex diagrams are found in the guidance to the Government’s consultation on the complaints procedure for the Named Person scheme.

Option One Flow Diagram states that parents would have to raise complaints with “every organisation or body involved in the matter”.

The second flow chart option is supposedly the simpler of the two with just one organisation to contact, but this one organisation would then have to contact all the other organisations. In reality there could be as many as 13 stages and could take up to a whole year to complete.

And if parents were not satisfied with the response to their complaint, they would then have to lodge another complaint to the Scottish Public Service Ombudsman (SPSO).

However, the SPSO only has powers to make recommendations to the organisations overseeing the Named Person scheme, which they are free to ignore.

A NO2NP spokesman, said: “There will be gross breaches of privacy under the Named Person scheme. But the complaints procedure for parents is to be made as easy as crawling over broken glass. And even if at the final stage the Ombudsman does uphold a parental complaint the state guardians will be free to ignore it. This is an outrage.”

He added: “Under the named person scheme the watchdog will be a toothless tiger. It should be fundamental that any complaint against the Named Person process which is upheld by the Ombudsman should never be ignored and that robust safeguards be implemented to make sure that is the position in practice.”

Commenting on the latest guidance, NO2NP spokesman, said: “Every time the Government issues a new document to ‘explain’ how the Named Person scheme will operate, all they do is remind everybody how the whole thing is one big, invasive bureaucratic mess.”

Questioning the identity of the six organisations, he said: “I don’t think a room full of lawyers would have any idea about how this will operate, let alone a mum or dad seeking to make a complaint.”