It was another packed house for the latest Named Person debate, this time from St George’s Tron, Buchanan Street, Glasgow last Thursday evening. SASO (Scottish Association for the Study of Offending) were the hosts with Sheriff Ian Fleming chairing the event. 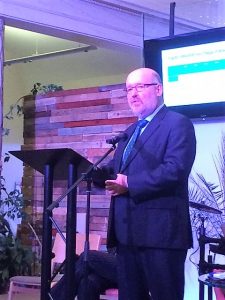 First to the lectern was Matt Forde, National Head of Service, Scotland, at NSPCC. Matt took everyone back to the 1990s talking of society’s propensity to lock up people and criminalise children as young as 8. He talked of how the murder of Jamie Bulger at the hands of two other children had led to a societal and political view of children as ‘out of control’, even “feral”. However, in the Q&A that followed, NO2NP’s own Jenny Cunningham rebuffed this vision of the period stating that she remembered it as being a time when focus started to turn to parent-blaming for all the ills of society. Matt contended that “rhetoric was very strong at that time – today it is a very different debate.”

That debate, Matt stated, began a process to bring about social change that would improve the situation for children. Through this, specifically a review of the children’s hearing system, came GIRFEC and, after the SNP won a minority Government in 2007 they “started to speak more positively about young people” in a wish to ‘Make Scotland the Best Place to Grow up’.

According to the NSPCC wellbeing is defined by SHANARRI, despite the judgment from the UK Supreme Court last year which stated: “‘Wellbeing’ is not defined” and said about SHANARRI: “These factors are not themselves defined, and in some cases are notably vague.”

Matt spoke about how well GIRFEC and the Named Person had worked in Highland. He noted that the NSPCC support early intervention and the principles of the Children and Young People Act, including Named Persons, adding that GIRFEC and Named Persons are just one way to meet the needs of children. 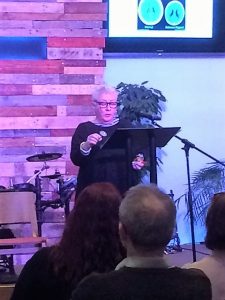 Next up was NO2NP regular Maggie Mellon who maintained that “for most of the children referred to hearings, it would have been better to have had no such formal intervention at all.”

“But we are now going there with children and families,” Maggie warned. “In the world of GIRFEC and Named Persons, ‘risk’ is ascribed to a wide range of social or other circumstances. This leads to negative attention, a higher risk attribution, risk-averse professional behaviour and systems. As well as negative impacts on children, families and the wider civic society. This is, in essence, my case against the Named Person”, Maggie said.

The law, Maggie insisted, “doesn’t lie” and she pointed out that there is “no duty to respond to parents’ or children’s requests, no mention of any duty to consult, collaborate or advocate for a parent or child”.

Maggie also went into the origins of early intervention, debunking the Hackman Curve (a source of much excitement by civil servants over potential savings through prevention science) as simply “a hypothesis and one that has actually been disproved by any number of actual research studies”. 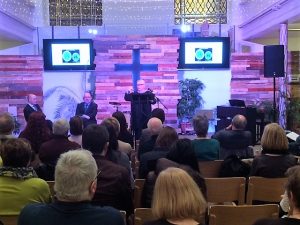 In a well-argued and evidenced talk, Maggie summed up by saying “We don’t need Named Persons. The whole project is a diversion from real prevention and social justice.”

Some interesting points were made in the Q&A, none, it should be noted in favour of the Named Person policy. David Scott, a regular attendee at NO2NP events, questioned the term ‘risk’ and its use in the assessment of children and families pointing out that ‘risk’ is defined as a combination of the probability of an event and the consequences. Probability, he pointed out, has two separate meanings which are conflated; one is objectively measureable and applies to recurring events. The second definition which applies to unique events such as those occurring in families is ‘belief’. Therefore when officials talk of ‘risk’, they merely speak of their own belief giving it simply a veneer of objectivity.

Once again, the case for the Named Person crumbles when exposed to careful and accurate analysis.