For several years, teachers and health visitors have raised concerns about the increased workload associated with the Named Person duties. 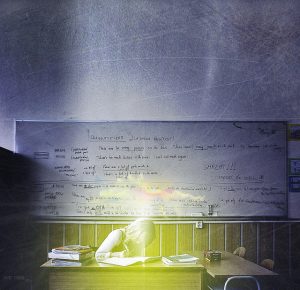 And those concerns have not gone away.

A look through the notes from John Swinney’s recent ‘three-month period of intense engagement’ reveals yet more riveting findings!

Unite was concerned about “the implications on members’ workload of fulfilling the Named Person role”, something that will be “influenced by any specific requirements and guidance on information sharing”.

Speaking back in 2015 during a meeting of the Education and Culture Committee, General Secretary of the Association of Headteachers and Deputes in Scotland, Greg Dempster, said: “The biggest issue that I hear mentioned as an absorber of headteacher time is the bureaucracy associated with the named person duties and GIRFEC.”

In the same year the country’s largest teachers’ union, EIS, said that it would have “serious concerns” about any related workload demands during holidays.

An EIS spokeswoman said at the time: “Teachers are becoming increasingly concerned about the demands likely to be made of them which will have implications for workload and potentially for conditions of service.”

If the Scottish Government expects teachers and health visitors to carry out Named Person duties, it really ought to give some answers to allay these concerns… Don’t you think?

THE Scottish Government has earmarked £40million to hire an extra 500 health visitors over the next four years. They will be there, according to ministers, to offer support and advice to families with young children.

It all sounds rather sweet. But when you consider this is all to do with the scheme to appoint “state guardians” to the country’s youngsters, the development begins to appear a little sinister.

Of course, there are people who are simply no good at bringing up their children, and it is for this reason that these measures are being taken.

But the vast majority of parents are responsible mothers and fathers who want nothing but the best for their children. The idea that the state should appoint an additional pair of eyes to monitor a child’s wellbeing has echoes of China, the Soviet Union and East Germany where everybody snooped on everyone else to ensure the communist values imposed on the nation were duly appreciated and followed.

Although I am childless, I feel uneasy about the idea that an outsider – whether a teacher, health visitor or someone else – is appointed as a child’s “extra parent”.

Would it not be the easiest thing for the appointed individual to make the parents’ lives hell should they so choose to do so?

Social workers and health professionals are equipped – or at least they should be – to deal with any problem cases and step in if necessary.

I don’t for a moment believe that these Big Brother plans will actually benefit anyone. If anything, they will end up interfering with the rights of both parents and children.

There is no way to opt out from the “named person” scheme, or to ask for somebody else to be appointed for your child – they will simply be there every step of the way until the child reaches the age of 18.

So in other words, a teenager can get married, leave school, get a job and start paying taxes, drive a car, join the armed forces or even have children their own, and their state guardian will still be peering over their shoulder.

I simply cannot fathom what good it will do. It is legalised spying on family life and I don’t like the sound of it. Various charities and organisations agree echoes the with me.

The Law Society in Scotland and the Faculty of Advocates have warned the measures could breach European Human Rights law on privacy and family life.

But despite these concerns our ministers have ploughed ahead with the plans, with Holyrood approving the Children and Young People (Scotland) Bill back in February.

Liz Smith of the Scottish Conservatives says the legislation effectively removes the parents’ primary obligation of looking after their children and gives it to the state. She is right.

And here is the big question – if the state snooping starts at birth, where does it end? Because it is not going to be on your 18th birthday.

‘It has echoes of China, the Soviet Union and East Germany’

The recruitment will be implemented over the next four years costing the taxpayer more than £40 million.

“The creation of jobs is usually to be welcomed but this is nothing more than an investment in state-sponsored social engineering” said a NO2NP spokesman.

The Named Person plans were passed earlier this year and it is expected that head teachers and health visitors will take on the role of the new state-appointed guardians when the scheme is implemented in 2016.

The NO2NP spokesman said: “The Royal College of Nursing warned earlier this year they needed at least 450 more health visitors to come close to making this scheme work for those children under five years old.

“But this law requires every child under 18 in the country – and there are more than 1 million – to have an individual named person.

“How many extra teachers are they going to have to provide as state guardians to act as government snoopers for children of school age and at what cost to the public purse?”

A Judicial Review will be launched shortly to fight the plans, alleging that MSPs exceeded their powers by setting up the scheme because it breaches the European Convention on Human Rights.