‘Plan B’ to by-pass MSPs and implement Named Person scheme by the back door, secret papers reveal

The Scottish Government is considering controversial proposals to implement the detested named person scheme “by the back door” … even if MSPs refuse to support changes to the law.

Discussion of a so-called “Plan B” is revealed in documents which have only been made public, after a Freedom of Information (FoI) request by NO2NP stalwart Lesley Scott.

The papers were produced following a meeting of unnamed top level government officials and advisors in February this year.

An annex under the headline “CONTINGENCY” states: “Contingency plan? What if the legislation is not passed?”

And adds: “Plan B for if Bill fails to make sure parts 4&5 can be implemented without information sharing.”

The scheme has been riddled with problems and last month a further delay was revealed.

John Swinney set up a panel to produce a Code of Practice by September 2018, after Holyrood’s Education and Skills Committee said it would not pass the legislation without one. But Professor Ian Welsh, chair of the panel, wrote to Mr Swinney to inform him that the panel would not be able to meet this deadline.

Lesley Scott of the TYMES Trust, said: “These worrying documents show the focus is clearly on implementing Named Person by the back door, regardless of whether the new Bill gets through Parliament. Clearly, we are now dealing with a Government which is ignoring the UK Supreme Court, has no regard for the elected representatives of the Scottish people and is determined to shun public opinion.

“They are riding roughshod over the democratic system in pursuit of a flawed, failed and discredited project.”

Ms Scott asked for all details from three key meetings of the Statutory Guidance Framework Group tasked to review the named person scheme in October and December last year and in February this year.

Only one set of minutes was released and NO2NP has been angered by the decision of the Scottish Government to redact the names of every single person who attended the key meetings.

Ms Scott has now contacted the Information Commissioner’s Office which deals with FoI appeals seeking a review of this decision.

Senior social worker Maggie Mellon, former chair of the Scottish Child Law Centre, said: “The names of all present – including the chair – are all redacted. So much for open government. There is no way of identifying which agencies are providing wrong advice or whether the persons present represent their colleagues and agencies properly.

“Is it now so toxic to be associated with the named person scheme that people are not willing to have their names made known?”

She added: “These are presumably many of the same people who advised the government so badly first time round, that breaching confidentiality is ok even when any concerns fall well below the proper threshold. What is so important about this flawed scheme that it has to be pushed through?”

NO2NP spokesman Simon Calvert, said: “This proposed scheme was intrusive, incomprehensible and illegal. It still is, and continued implementation of it must cease. As must plans to continue its implementation in the future.

Read more:
The Scotsman: Government ready with Plan B for Named Person
The Times: Scottish campaigners against the named person scheme fear the government will implement it through ‘the back door’

A senior member of the SNP Government has come face to face with critics of the Named Person plans. END_OF_DOCUMENT_TOKEN_TO_BE_REPLACED

Writing in the Sunday Express the Scottish Conservative Spokeswoman for Young People has warned that the Scottish Government’s Named Person plans “will not work”.

Liz Smith MSP said many parents and professionals are likening it to “the totalitarian imagery in George Orwell’s famous book, 1984”.

She acknowledged the Scottish Government’s motivation to tackle “appalling abuse which is suffered by some children”, but asserted that “you do not do that by insisting that all children between the ages of zero and 18 have a state guardian”, and branded the policy “both sinister and hugely misguided”.

The article stated: “For a start, what is implicit in this proposal to have a Named Person for every child is the assumption that the state, rather than parents and families, has the primary obligation to look after children. That is entirely the wrong way round.

“If there are thousands of parents across Scotland doing a thoroughly good job – and there are – then what right does the Scottish Government have to tell them that the state knows better? What on earth is the point of insisting that these families have a Named Person on the same basis as those families who face genuine problems? I do not believe that anyone can work out the logic of this thinking.”

She continued: “Secondly, by insisting every child has a Named Person, the Scottish Government will, by definition, dilute the resources which are available to help those children in genuine need. Is the Scottish Government really suggesting that an 18-year-old couple who are very successfully bringing up a toddler are in need of three Named Persons when there are some children out there who desperately need our help?

“Little wonder that local authorities, who are already under considerable financial pressure, are throwing up their hands in horror at what this might mean for them”, she declared.

The MSP for Mid Scotland and Fife noted that the recent controversial Hampden event, where organisers were accused of bribing parents to turn up, was a recognition that the policy was in “big trouble” and an attempt to persuade parents that there was nothing to worry about.

“So it is little wonder that large numbers of parents are starting to rebel and those who are supposed to operate and oversee the policy are voicing serious concerns. Whether it is the police, our lawyers, groups of teachers or health visitors, a number of professional bodies have said that they don’t think the scheme can really work in practice.

“They say it will be impossible to avoid controversial sharing of confidential data and confusion over the lines of family responsibilities.”

Suggesting that better options were possible, she concluded: “The Named Person policy is intrusive, unnecessary and the accompanying guidance is nothing more than bureaucratic gobbledygook.

“Perhaps this is why some MSPs, who initially backed the legislation, are now coming out of the woodwork, having second thoughts because they now understand the implications of this terrible legislation.

“They can see the growing fury amongst parents who will simply not accept that they need to be told how to bring up their own children and they can recognise the alarm bells amongst professional organisations.

“The best thing the Scottish Government can do now is scrap it all together – before George Orwell’s famous book becomes a reality.” 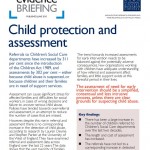 Highland Council has been criticised for introducing “state guardians” for all children in the region ahead of a legal battle against the controversial scheme.

Campaigners are currently fighting the Scottish Government’s so-called “Big Brother” legislation in the courts claiming it is an invasion of family life.

And they were angry to learn that the scheme was already operating in the Highlands, Edinburgh, Ayrshire, Angus and Stirlingshire.