It’s bad enough when the Government wastes public money… but it’s even worse wasting it on something the public hates.

So, we wonder how the Scottish people will receive the news that the Government has hatched plans to splash out taxpayers’ money on a Named Persons public relations campaign. 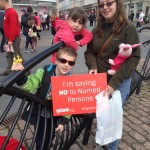 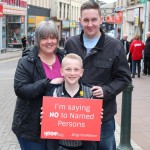 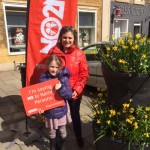 As opposition to the scheme mounts, under fire civil servants have been ordered to draw up emergency proposals in a desperate effort to counter fierce criticism. Parents, politicians, police and legal experts, as well as the health visitors and teachers who will be required to implement the legislation, have all issued warnings about the scheme.

An email sent by a Communications Manager has revealed plans to draw up a Parent Information Pack because “the Scottish Government is planning a coordinated national public information campaign”.

“It looks like the Government has moved into full crisis mode. It has hit the panic button as ministers and civil servants realise they have lost the crucial trial this legislation has faced in the court of public opinion.

“As more people become aware of the serious implications of Named Persons for the privacy of ordinary families, they are rebelling in growing numbers. This scheme has been holed below the water line and is sinking fast.

“Taxpayers never like it when the Government uses their money to try to persuade them to support an unpopular policy.

“But it is particularly egregious when the policy is so counterproductive to protecting vulnerable children, so invasive of family privacy, and so poisonous to relationships between families and their teachers and health visitors who have been roped in to implement the scheme.

“It’s remarkable when there is so much pressure on public funds that the Scottish Government can find all this cash to spend on its Named Person project.

“The so-called Getting It Right For Every Child [GIRFEC] programme which includes the Named Person provisions has already had at least £61 million committed to it nationally – and millions more in local council and health board spending. Now there’s another bill on its way, this time to try to persuade families to drop their opposition to the scheme.

“The plan is now to throw more money at defending the indefensible. Because we all know that monitoring the happiness of every single child – which the Named Person law demands – will push vulnerable children even further back in the queue.”

Details of the information programme are contained in an email sent on April 25 from Francesca Vacca, Communications Manager at GIRFEC Children’s Rights and Wellbeing at the Scottish Government HQ in Edinburgh to colleagues involved in the Named Person scheme.