No sooner had the team finished their roadshow event in St Andrews than they were across the Firth of Forth to Haddington on a beautiful, mild evening for one of the best attended meetings of the tour to date. 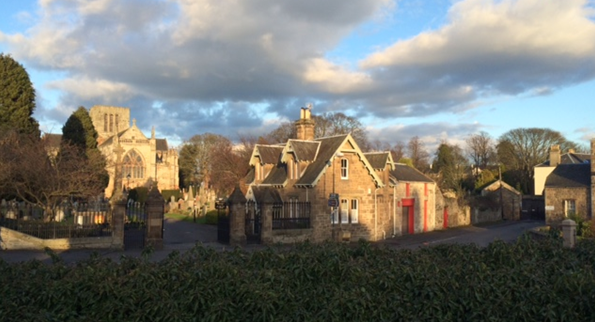 Nigel Kenny from The Christian Institute kicked off the talks with details about the recent judicial review in the Supreme Court. He explained the right to respect for privacy and family life was top of the list of legal arguments, followed by data protection law. Confidential information should only be shared with an individual’s consent or if it is strictly necessary to do so. But the Named Person can share it if they simply consider it “appropriate” to fulfil their functions. Nigel said it would be some weeks before the ruling comes out.

Next, Lesley Scott from TYMES Trust lifted the lid on what the Named Person scheme would mean for pre-school age children. A thorough blueprint of government-appointed criteria and expected outcomes was met with gasps of disbelief. Unsurprisingly, there were howls of laughter when Lesley explained that one of the 222 risk indicators was “being under 5”. Lesley also passed round a children’s toy called a “cootie catcher”, which is intended to help youngsters understand the meaning of “wellbeing”. 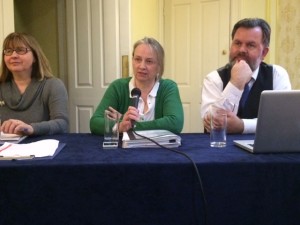 Alison Preuss from the Scottish Home Education Forum then spoke about her many years of experience in dealing with various breaches of data protection laws and how statements made by the previous Information Commissioner have been ignored by his present Scottish counterpart. He believes that the widespread sharing of information by Named Persons across various agencies is proportionate and warranted, but this viewpoint was thoroughly challenged by Aidan O’Neill QC in the recent Supreme Court appeal.

There was an extended Q&A at the end of the evening, with some brilliant points made by members of the audience, some of which are highlighted below:

• “Who is going to teach our children about the dangers of surveillance by the state?”
• “The health visitor was so pushy about what she, as a Named Person, felt was best for my child. She was worse than a double glazing salesman!”
• “I’ve had experience of social workers and other professionals with my son, who has Asperger’s, and I found that everyone had a backlog of work. How then will they be able to find the time for all these new responsibilities? There’s no need for it.” 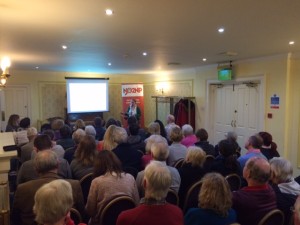 We will be back in Haddington this Saturday morning (9 April) to raise the campaign’s profile in the town centre. If you would like to join us, please get in touch via: volunteers@no2np.org