A big thank you to the great team of volunteers who helped out at the latest Action Day in Stornoway on Saturday past, where we got one of the biggest responses ever! 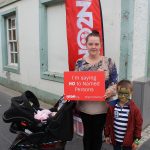 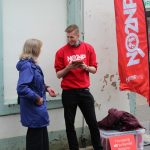 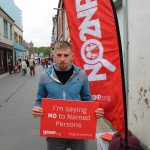 In this close knit Hebridean community, where the family unit is clearly held dear, the team found that people of every age and background were completely against the scheme.

Here are some of the quotes:-

“This isn’t right, this is terrible” (a young man who thought that data protection law would stop the widespread information sharing – he took some flyers to give to his friends).

“It’s wide open to be abused”

“But that’s the job of parents!” 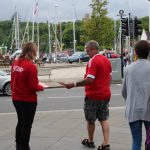 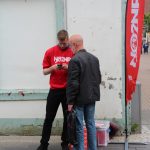 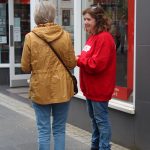 The team found that several nurses and midwives had already signed the petition.

A solicitor with expertise in child law and safeguarding told us she didn’t know a single member of her profession who thought the scheme was a good idea. This doesn’t surprise us, as both the Law Society of Scotland and the Faculty of Advocates both submitted critical responses in the public consultation for the Bill which enacted the Named Person before it was passed in 2014. Funny how most parents never heard about that consultation… 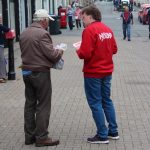 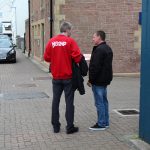 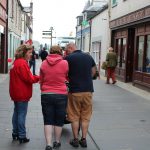 The team are taking a break from the Roadshow and Action Days over the summer, but we’d like to take this opportunity to say a HUGE thank you to all the fantastic NO2NP volunteers who have come out to help us around the country, come rain or shine – well done!