A team of NO2NP volunteers took to the streets of Edinburgh on Saturday to raise the campaign’s profile in the latest NO2NP Action Day.

The team were based at the top of Leith Walk, where they were able to engage with hundreds of local residents on their way to the city centre. 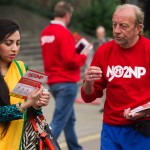 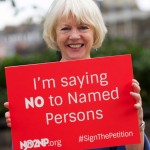 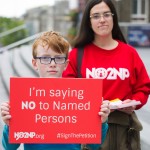 People of all ages and from all walks of life were keen to sign the online petition then and there on the tablets the team were armed with – as a result we’ve now passed 12,000 signatures! Hundreds of others took the flyers that were handed out.

Some people were already aware of the Named Person scheme and the vast majority were opposed to it, whilst even the one or two who thought it might be a good idea found themselves having a rethink as the dangerous implications were explained to them. But many others were not aware of Named Persons at all, which shows how important it is for the campaign to continue to make the scheme known as widely as possible.

One couple were appalled to learn that – even though they were grandparents – since they were “associated adults” with their grandchildren, the Named Person might consider personal information about them appropriate for sharing with other agencies (without their knowledge or consent).

Another couple felt this was a sinister scheme that had overtones of Big Brother, while one man promised to tell all his friends about the campaign.

It’s important that people also make their concerns known to their MSPs, as the Scottish Government seems increasingly reluctant to engage on the issue.

Our next Action Day will be in Glasgow on Saturday 19th September and don’t forget the Roadshow event before it at the Couper Institute in Cathcart on Monday 14th September at 7.30pm. 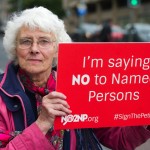 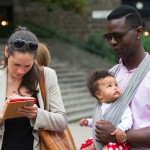 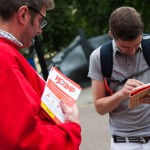