The Curious Case of the ‘Named Midwife’ 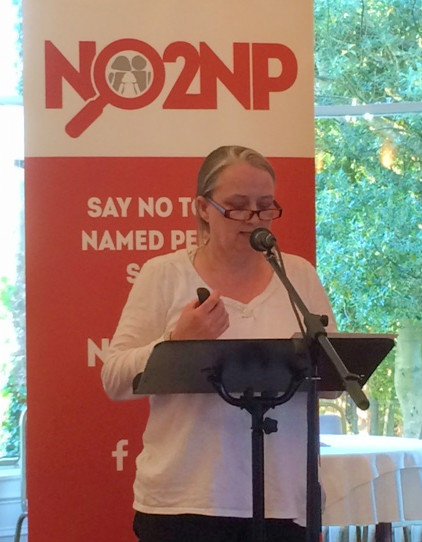 Lesley Scott, Scottish Officer for Tymes Trust and a regular NO2NP Roadshow speaker, spends a lot of her time delving deep into the chaotic detail of Government documents. She shares some of her latest findings involving a curious change to the implementation of Named Persons and some guidance suggesting a compulsory plan for every child – not just parents who ask for it or children who are identified as vulnerable.

Back in December 2010 the Scottish Government produced ‘Practice Briefing 1: The role of the Named Person’. This was the first of eight Practice Briefings that were written “to help practitioners and managers put Getting it right for every child into practice in their agencies”.

This document states that “During pregnancy and the early period following birth, the child’s Named Person will be the midwife assigned to the family.”

This mirrors the established practice model in the GIRFEC Pathfinder trialled in Highland which has the midwife as the Named Person until the baby is ten days old. This ‘Highland Practice Model’ has formed the basis of the success claimed around the GIRFEC approach – claims which have been used to push forward this legislation.

But a document called “RCN briefing and survey: Scottish Government consultation on implementing the Named Person” from March 2015 has an interesting adjustment noted on page 5. It declares that the “The Health Board should identify the prospective Named Person for the baby, as soon as reasonably practical and not later than 28 weeks gestation. In the vast majority of cases, this should be the health visitor. This proposal has changed from the Scottish Government’s original intention that the Named Person should be the midwife…” [bold added]

The Highland Council and NHS Highland also brought out a document in March 2015 called “Guidelines for Maternity Services Getting it Right for Every Mother and Child” that reflected this change. The document states: “The premise of GIRFEC is focused on the needs of a child”. It expands that, however, “within a maternity context the approach can be used as a model which provides the same principles and tools that can reflect the needs and risks to a woman and her baby.” ‘Baby’ the document clarifies, “includes an unborn baby during the antenatal and intranatal periods”.

The document notes that the Highland Practice Model “requires that each child should have a plan which considers their health and wellbeing” [bold added] and that this ‘plan’ is “developed by the named person…” This would seem to contradict claims that the Named Person will only advise and support those parents/children who ask for it – rather there is a requirement for each child to have a child’s plan which means state intervention to some degree. Further to that, the document then says that the “aim in Scotland … is for each pregnant woman to have a named midwife…” It then states that “the named midwife in Highland is able to undertake a named person role if required during pregnancy…” thereby seeking to draw a distinction between the ‘named midwife’ role and that of a ‘Named Person.’ Except – the document then goes into the detail of the duties of the ‘named midwife’, which look to be identical to those of a Named Person.

A ‘named midwife’, the document explains, is “responsible for undertaking risk assessment at each contact and ensuring each woman follows the correct [state-approved] pathway of care” through the application of the same GIRFEC ‘tools’ as the Named Person uses. When considering if additional support is needed, the ‘named midwife’ must ask themselves the same 5 GIRFEC questions as the Named Person and “If any concerns are raised by any other agency or service that has contact with the mother, which may have the potential to affect the wellbeing of her and her baby” then they are required to share these worries with the ‘named midwife’ – just as these agencies and services are required to share any worries with the Named Person.

If a wellbeing need is identified by the ‘named midwife’ through the assessment process they initiate an ‘Antenatal Plan: additional support for mother and unborn baby’ just as the Named Person initiates a ‘child’s plan’.

There is no difference between the duties and responsibilities of the ‘named midwife’ and those of the Named Person.

Local authorities and even the Scottish Government itself still have information for families online that cites the midwife as the Named Person until the baby is ten days old. Yet the shifting sand under the Named Person legislation has moved once more; and once more, families are left to guess at the truth.

Whether they are known as ‘named midwives’ or ‘Named Persons’, they are required to be agents of the SHANARRI/GIRFEC agenda.

An agenda that will erode and irreparably damage the trust between families and all who undertake to perform such duties on behalf of the state.