John Swinney has been accused of using misleading statistics in the Scottish Parliament to defend the Named Person scheme.

The Deputy First Minister told MSPs last month that the Named Person pilot scheme in Highland – the model for the national scheme – was responsible for a 68 per cent fall in referrals to the Children’s Reporter.

But campaigners point to official figures showing referrals nationwide fell by a similar amount, and many local authorities saw bigger reductions than Highland.

Over the same period Scotland as a whole saw a reduction in referrals of 65.9 per cent – just short of the much-vaunted Highland figure. 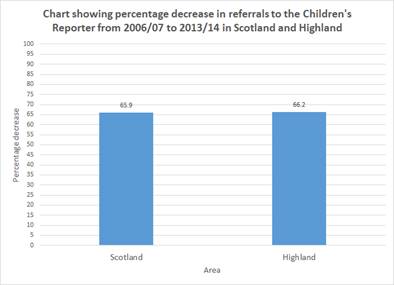 Some areas not piloting the Named Person saw significantly higher reductions. Midlothian, for example, which did not begin rolling out Named Persons until after the period in question, saw referrals fall by 74.8 per cent.

The Scottish Children’s Reporter Administration (SCRA) figures have been tabulated by CARE, part of No to Named Persons (NO2NP) and one of the groups involved in the successful Supreme Court case earlier this year.

Commenting on the figures, Simon Calvert of NO2NP said:

“In the chamber and in front of the Education and Skills Committee Mr Swinney claimed the reduction in referrals in Highland was a direct result of piloting the Named Person scheme. But the numbers just don’t stack up. 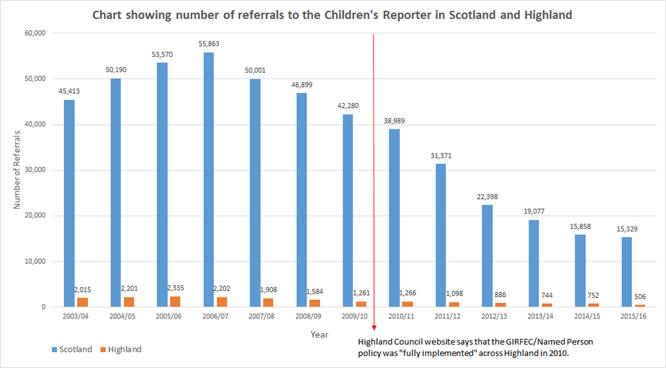 “Setting aside Mr Swinney’s confusion as to which numbers relate to which year, the percentage reduction in Highland is almost exactly the same as those for Scotland as a whole.

“Highland only just makes the top half of the league table of Scottish councils. 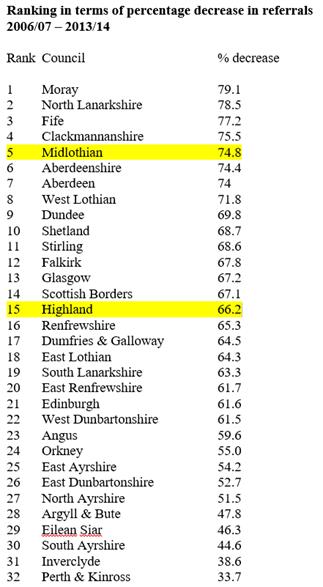 “Many councils that were not running a Named Person pilot scheme saw bigger reductions in referrals than Highland. Yet ministers make utopian claims about Highland and hold it out as the model and inspiration for the national Named Person scheme.

“Whatever the reason for these reductions, it can’t have been the Named Person scheme. Mr Swinney’s claim is bogus.

“In order to uphold its integrity, the Scottish Parliament should require Mr Swinney to come back before MSPs to account for his misrepresentation of the figures.”